Previous
Next
South Florida for the Second-Home Buyer: What frequent vacationers should look for when purchasing a warm-weather escape

Whether it’s a long weekend a month or the whole winter, frequent Florida vacationers eventually find themselves growing out of hotels. They may start spending more time in the area or just get tired of paying a nightly rate.

“Eventually, people who spend a lot of time here want to own,” according to Elliot Machado, an agent at ONE Sotheby's International Realty.

When it’s time to buy, there are myriad options. Many flock to waterfront locales, where they can enjoy laid-back oceanfront vacations. Others are opting for more urban areas where they can walk to shops, art centers and restaurants.

“There was always a push toward South Beach and properties on the beach,” he said. “But Brickell and Downtown Miami have really grown. They still have a community feel and they are centrally located.”

Mr. Machado’s clients are looking to go smaller. One- and- two-bedroom units are more manageable, not to mention less expensive. If the building offers access to guest suites/rental units, all the better.

Flexibility is also key. Developments that have a hotel program or that allow short-term rentals attract buyers who like the idea of generating income from the property. 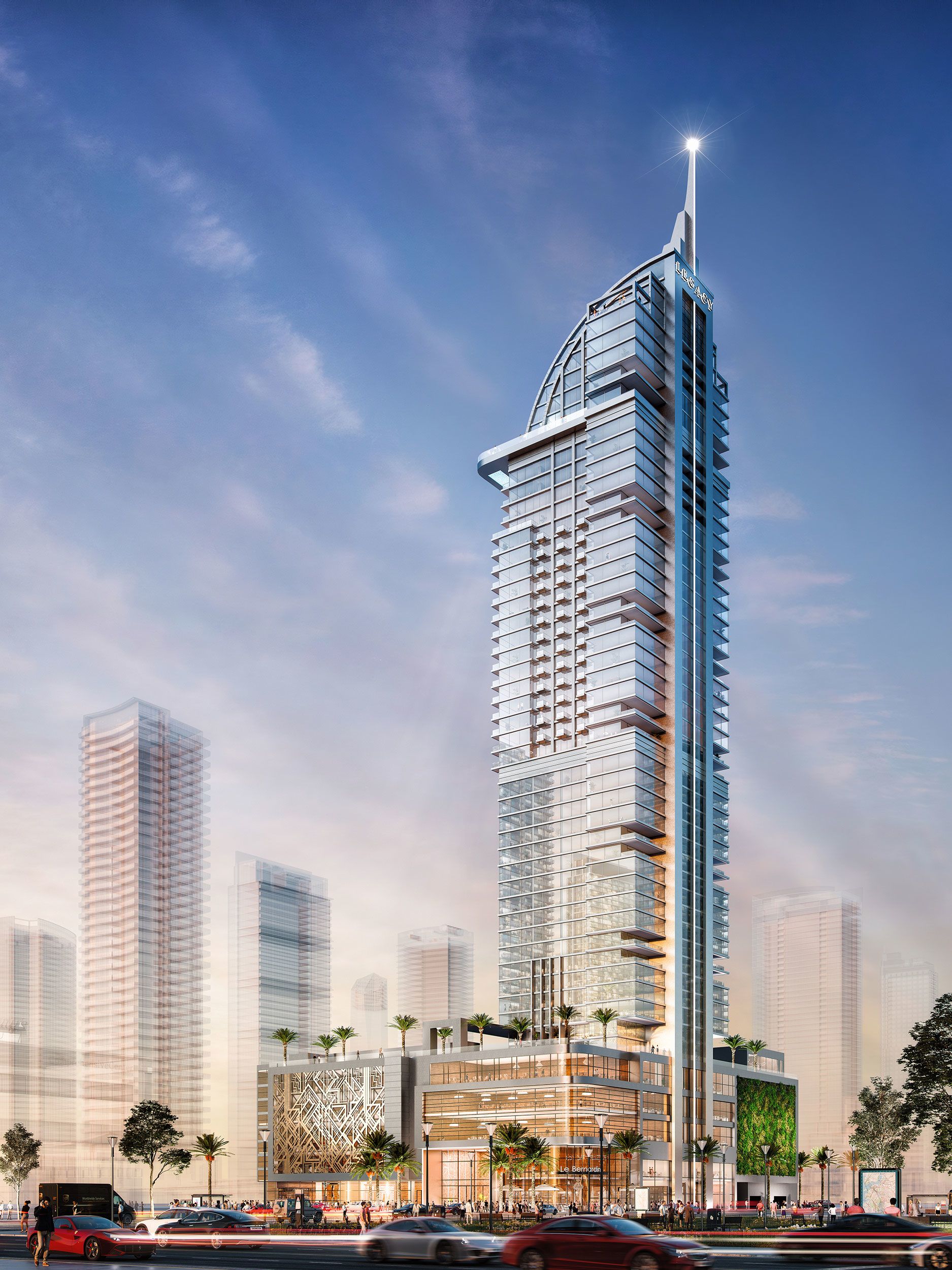 Those looking for luxury single-family homes often look for beachfront properties in areas such as Miami Beach, Coral Gables, Coconut Grove and Golden Beach, according to Danny Hertzberg, a Miami Beach-based broker at the Jills Zeder Group of Coldwell Banker.

Although many of his clients would like to rent a home for a season, rentals are restricted to six months or longer. That means renters have to get in early and pay a premium, Mr. Hertzberg said, adding that clients eventually look to buy to avoid the hassle.

Both Brickell and Downtown Miami have benefitted from the trend toward walkability. The neighborhoods have evolved into destinations, where locals can walk to hip bars and trendy boutiques. It doesn’t hurt that both areas have a lot of new residential and mixed-use developments.

“A lot of the excitement around our project is because Downtown Miami has grown so much,” said David Arditi, partner at Aria Development Group, which has partnered with the hotel brand Yotel to develop YotelPad Miami, which will bring a 231-residence, 220-guest room tower to Downtown Miami. “The art and fashion there is part of our success.”

A number of hotels have set up in South Florida with a similar model. Luxury brands, like the Ritz-Carlton, have opened resorts with residences so buyers can get the best of service and a feeling of place.

Take the 70-story Okan Tower, which is expected to break ground in early 2020. It is set to have 236 condo-hotel units, operated by Hilton Hotels & Resorts, and plans to have a hotel program in which owners can participate when they are away.

That means the unit is managed and maintained while the owners are away, and rented to guests at the same time. The hotel takes a commission, but the owners see a good portion of the nightly rate.

“But you can still choose whether you put your home into the hotel program or not,” Mr. Machado said.

The Ocean Resort and Residences in Fort Lauderdale also offers owners a chance to enter its leaseback program. The property, managed by Conrad Hotels & Resorts, part of the Hilton Worldwide network, has condominium residences and beachfront villas.

Homes there are fully furnished and decorated, with gourmet kitchens that boast Sub-Zero refrigerators and Wolf ranges, marble bathrooms and foyers and balconies overlooking the Atlantic Ocean, Intracoastal Waterway and Downtown Fort Lauderdale. Owners also have access to the hotel amenities, plus the resorts’ private cars, housekeeping and laundry services. Prices start at $1.3 million for a one-bedroom, two-bathroom residence. 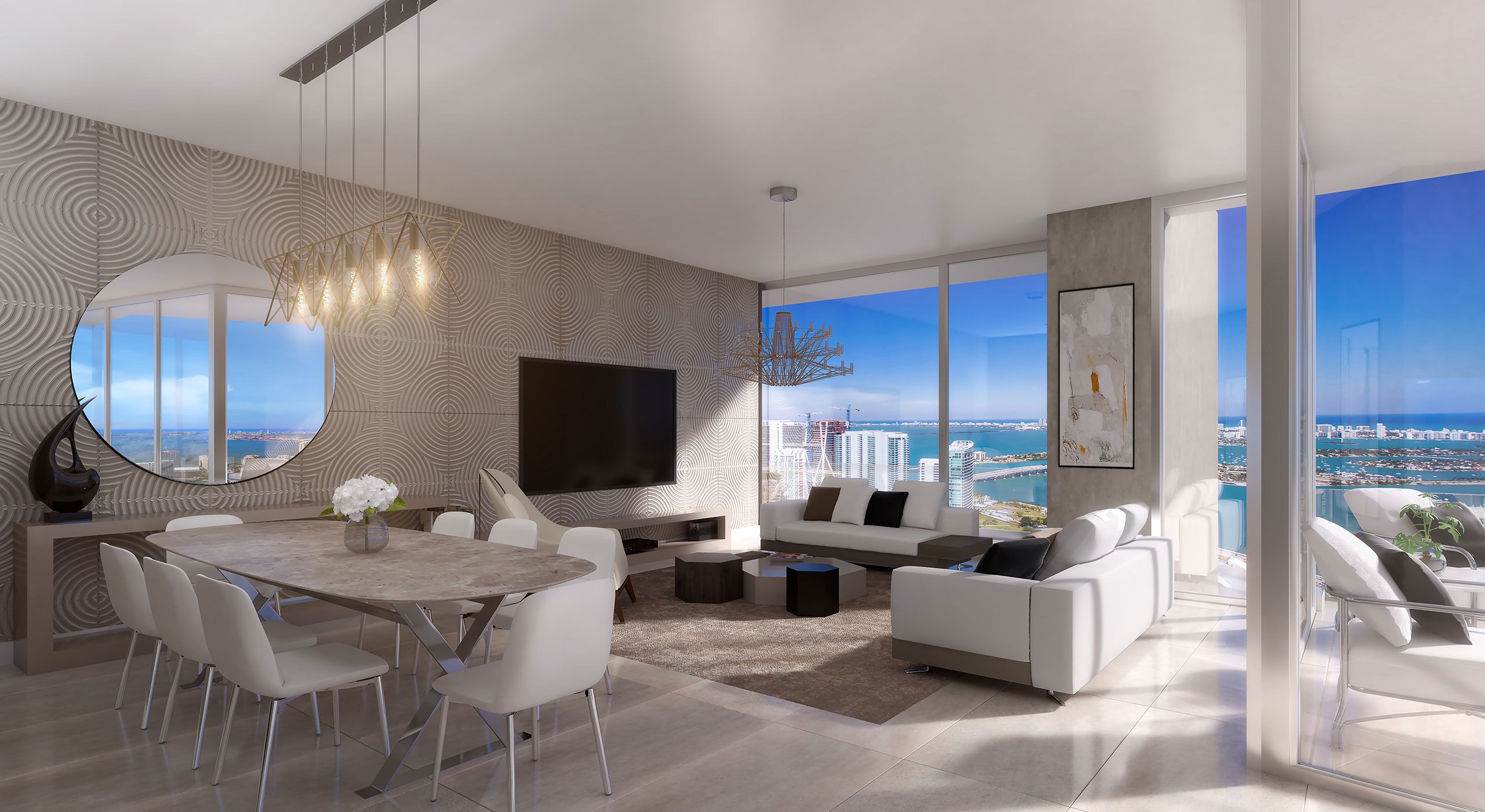 Although many South Florida visitors would like to rent vacation homes, supply is extremely limited. Plus, many Miami communities still have a six-month minimum when it comes to rentals and its strictly enforced, Mr. Hertzberg noted. Some end up buying because of these restrictions.

“People will come for a few seasons and then decide renting is too much of a hassle,” he said. “And it’s expensive relative to owning.”

Mr. Hertzberg is currently marketing a six-bedroom, eight-bathroom home in the gated community of Altos Del Mar in Miami Beach. It’s on the beach, so owners can walk right out onto the sand and have ocean views. It boasts a chef’s kitchen with a La Cornue range, a wine cellar, a fireplace and an entertainment room on the lower level, plus a private elevator.

The home is listed for $16.9 million, but Mr. Hertzberg said he has had a number of inquiries about renting it for six months. The owners are considering it, he noted, adding that waterfront estates can rent for $100,000 a month.

Some frequent Florida vacationers want to downsize for their second home, and are looking for smaller condominiums with less maintenance, Mr. Machado said.

One- or two-bedroom homes are selling well, as are one bedrooms with a den.

“One bedroom plus a den means lower maintenance and HOA [Homeowners Association] fees,” he explained. “If you really need more space, then obviously there are three bedrooms. But if not it’s a good option.”

Mr. Machado also noted that hotels and developments that offer discounted guest suites to residents make the choice to get a smaller place easier. That way family and friends can stay close by, but there’s no need to maintain a four-bedroom home.

Legacy Hotel & Residences, part of the Miami Worldcenter downtown, launched sales of its microLUXE residences in November. The studios and two-bedroom units range from 400 square feet to 949 square feet.

Developer Royal Palm Companies worked with Kobi Karp Architects on the futuristic new tower, which is set to have 278 branded residences and a 255-room hotel. Homes will feature efficient but open layouts with high-end fixtures and finishes, plus full kitchens and laundry areas. And, like many of the newest projects, there are no rental restrictions.

"We are bringing our buyers an alternative pied-à-terre—the piece that was missing—for residents who seek small living and large experiences," Peggy Olin, CEO of OneWorld Properties, which is handling sales, said in a statement.

Smaller apartments are also the most popular for short-term rentals, Mr. Machado said. Studios and one-bedrooms attract singles and young couples staying in the city for a few nights or a long weekend. Not every owner wants to have others staying in his or her property, but the flexibility is still a selling point.

“People appreciate having the option to renting out the space when they aren’t using it,” Mr. Machado explained.

Back To Media
Important Information

This document is being provided on a confidential basis for illustration and discussion purposes only. It is not intended to be, nor should it be construed or used as, investment, tax or legal advice, any recommendation or opinion regarding the appropriateness or suitability of any investment or strategy. This document, inclusive of all materials and information provided herewith and in relation to this document, is confidential and proprietary. The reproduction of this document in whole or in part is strictly prohibited. You are not permitted to make this document or the information contained herein or the information provided to you available to any third parties except with the express written consent of Participant Capital Advisors, LLC (the “Manager”), or as required by law. This document is not intended for distribution to, or use by, any person or entity in any jurisdiction or country where such distribution or use is contrary to local law or regulation.

This document does not constitute an offer to sell or solicitation of an offer to buy securities. Any such offer will be made only by means of the Private Placement Memorandum (“PPM”) and other relevant offering documents of the particular Participant fund (the “Partnership” or the “Fund”), and will be subject to the terms and conditions contained therein. Please refer to the PPM for a detailed discussion of the fees, terms and risks associated with an investment in the Partnership. The distribution of the PPM and other relevant offering documents may be restricted in certain jurisdictions, and will only occur in such jurisdictions if and when the legal requirements of such jurisdictions have been satisfied.

Investing in the Partnership involves significant risks not associated with other investment vehicles and is suitable only for persons of adequate financial means who have no need for liquidity. There can be no assurances or guarantees that: (i) the Partnership’s investment strategy will prove successful, or (ii) investors will not lose all or a portion of their investment in the Partnership.

Past performance is no guarantee of future results. The Partnership has a limited operating history. There can be no assurance that either investment-level or Partnership-level targeted returns will be realized or that periodic distributions will be made.

The Partnership’s investments will be subject to the risks inherent in investments in and/or ownership in real estate assets. These risks include, but are not limited to, the burdens of ownership of real property, adverse changes to general and local economic conditions, the supply and demand for properties, fluctuations in occupancy and rates, the financial resources of tenants, changes in environmental and other laws and other variables as outlined in the PPM. The Partnership’s investments may also be adversely affected if the property managers employed by the Partnership perform inadequately or are not adequately supervised by the Partnership.

Because the Partnership may participate in a limited number of investments, the aggregate Partnership returns may be adversely affected by the unfavorable performance of even a single investment. In addition, the diversification of the Partnership’s investments could be even further limited to the extent the Partnership invests a significant portion of its capital in a transaction and is unsuccessful in selling of that Investment. The real estate market can be relatively illiquid at times, which may limit the ability of the Partnership to sell an asset.

CERTAIN INFORMATION CONTAINED IN THIS DOCUMENT CONSTITUTE FORWARD-LOOKING STATEMENTS, WHICH CAN BE IDENTIFIED BY THE USE OF FORWARD-LOOKING TERMINOLOGY, SUCH AS “MAY,” “WILL,” “SHOULD,” “EXPECT,” “ANTICIPATE,” “TARGET,” “PROJECT,” “ESTIMATE,” “INTEND,” “CONTINUE,” OR “BELIEVE,” OR THE NEGATIVES THEREOF OR OTHER VARIATIONS THEREON OR COMPARABLE TERMINOLOGY. SUCH STATEMENTS ARE NOT GUARANTEES OF FUTURE PERFORMANCE OR ACTIVITIES. DUE TO VARIOUS RISKS AND UNCERTAINTIES, ACTUAL EVENTS OR RESULTS OR THE ACTUAL PERFORMANCE OF THE PARTNERSHIP MAY DIFFER MATERIALLY FROM THOSE REFLECTED OR CONTEMPLATED IN SUCH FORWARD-LOOKING STATEMENTS.

The statements in this document are based on information (including from third-party sources) that is considered to be reliable as of the date on which this document is delivered, and includes certain good faith assumptions by the Manager. However, given the volatile nature of the real estate sector, such information may or may not continue to be accurate, and the Manager assumes no obligation to update or otherwise revise such information. There is no guarantee that the underlying real estate projects described herein will be successfully completed as described. Additionally, this document does not purport to be comprehensive or free from error, omission or misstatement and the Partnership and its advisors make no representations or warranties as to the accuracy, reliability or completeness of any information contained herein. The Partnership reserves the right to alter or amend any information contained or opinion expressed herein and without notice. This document does not take into account the investment objective, financial situation or particular needs of any individual entity. Liability for all statements and information contained in this document is, to the greatest extent permissible by law, excluded.

Any investment in the Partnership represents a speculative investment, involves a high degree of risk and may result in a total loss of investment.